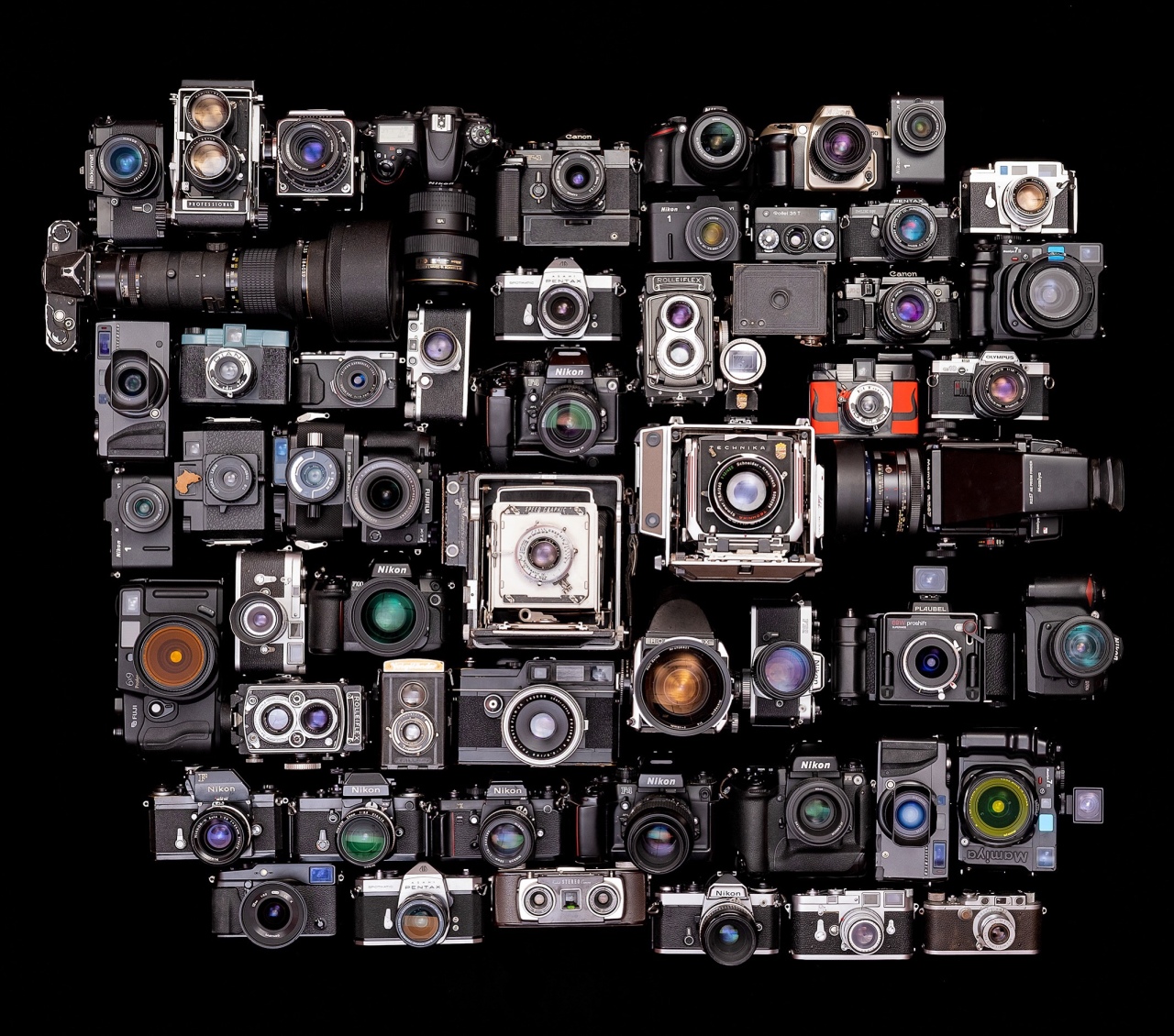 After the sixth shoot and with the help of great friends there was an upbeat optimism in the air. As I scanned the negatives and slides there were numerous blanks, some double exposures and then totally overexposed frames. One camera came out completely blank despite testing it prior to the start of the project. There were enough images from the other cameras and yet it became apparent that not all were captured at the exact same splash and flash. The overall idea of each camera capturing a unique image based on the camera’s inherent attributes created by it’s particular lens, film type, format, sensor size and placement would convey the concept that each of the 55 saw something differently – all of the 55 images had their own signature look.

The Final 55 Images on Black

There were many highlights in the making of this project. The fact that a concept materialised after so many years of dormancy just ignited a passion in us to dream and not give up on outrageous and outlandish ideas. Numerous times I was asked “but why?” and “what are you going to do with it?” – not sure if I could answer those – the motive was simply to make the dream happen. Was the motive to showcase a camera collection – not sure – I did come to the conclusion that I do enjoy cameras , always did and am a gear head, however seeing the cameras in action producing what they were made for was hugely satisfying.

The project had some pleasant surprises such as me enjoying toy cameras. Sure the detail from a 4×5 Linhof had far higher resolution than a soft Diana F but in this setting the diversity of each camera was celebrated. My favourite image was taken on Lomography RedScale film which I bought some time ago on a sale at Kameraz. This film was randomly assigned to an old bakelite Voigtlander Brilliant from the 1930s, a pseudo TLR which was placed behind the Man in the Middle. When I scanned the frame and then saw the Brilliant orange glow, the exact placement of the light in the top left corner (not intentional) and the appearance of the poles transecting Tyrone as a result of an accidental double exposure, knowing this was all a happy accident – surreal.

By far the biggest surprise was how a few people would become friends, encourage one another and believe in one another. A huge heartfelt thank you to my wife Andrea and my family for never doubting this ridiculous project and for the endless cups of tea , refreshments and feasting. It was a delight seeing our son Jude enjoying the evenings with the guys. Thank you to Tyrone for saving face splash after splash and for being the man in the middle , in the middle of the mess too. Thank you to Richard and Bernard for always being there, your calm demeanour, your unwavering belief from the word Go and for your problem solving skills. Thank you to Kelly and Danelle for the jokes, keeping up the spirits and for your enthusiasm. The end result was not just 55 images but a whole lot more than what we could have wished for!