With several tripods and extra cameras arriving on my doorstep the next shoot was lined up. The space was quite crowded now with cameras all over and finding them in the dark never mind triggering the shutters and then closing them after the splash and flash, was still the major obstacle. This was our third shoot and we literally got rained out. My garage roof has a smallish leak and we saw water dripping down. Not good for the cameras and working with mains powered studio light in the ceiling. Brought out a tarp to partially cover the cameras and we called it a night.

The fourth shoot came and went unsuccessfully. It was now glaringly apparent that doing everything in the dark as a solo operator was the major obstacle. Then Richard suggested why don’t they help trigger the cameras. It seemed so obvious and we now divided the cameras amongst ourselves and became familiar with handling them in the dark. While still searching for second hand tripods I stumbled upon an advertisement for several Manfrotto auto poles and 32 super clamps. This sounded like a solution to build a rig and mount many cameras in a much more reachable manner. After agreeing to a fair price we drove up to Benoni near Johannesburg and what a godsend this would become. 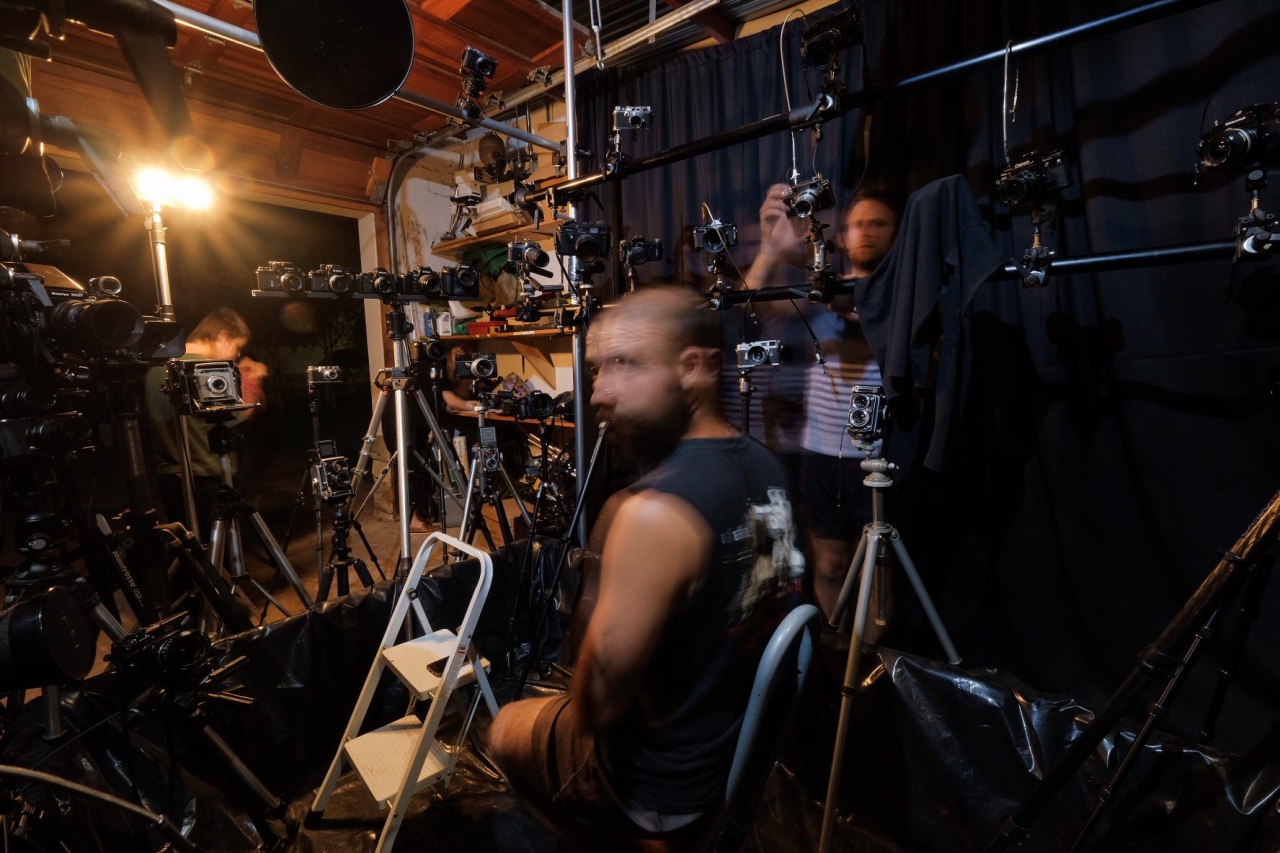 By now the photoshoots had become great times of meals together and despite the difficulties we really enjoyed just hanging out. With the Manfrotto poles all set up and everybody assigned to a group of cameras we were keen to complete the task. A weakness from the beginning was the unreliability of the cable releases and that night it scuttled our efforts – a number of cameras didn’t open or close. It wasn’t easy to source any new cable releases and I had been trying for the last few months however ODP in Pretoria managed to find me ten new ones. We were back in the game and our sixth attempt felt very promising. I had switched from a single studio flash to six strobes at 1/16th power to reduce the flash duration.

Tyrone, now called the chairman took his seat, the lights were switched off, we triggered our cameras and shouted when we were ready. Richard who kindly heated the water was given the signal to pour and as it hit Tyrone’s face he shouted and then I radio triggered the flashes. Now to close all the cameras in the dark and once done the lights were switched on. We did four shoots and wrapped up the evening. It was time to process the color negative film and slide film and Stephanus of RGB Pixellab kindly processed them during the December holidays. I had eagerly developed the black and white films in my standard developer Rodinal at home and things looked promising. 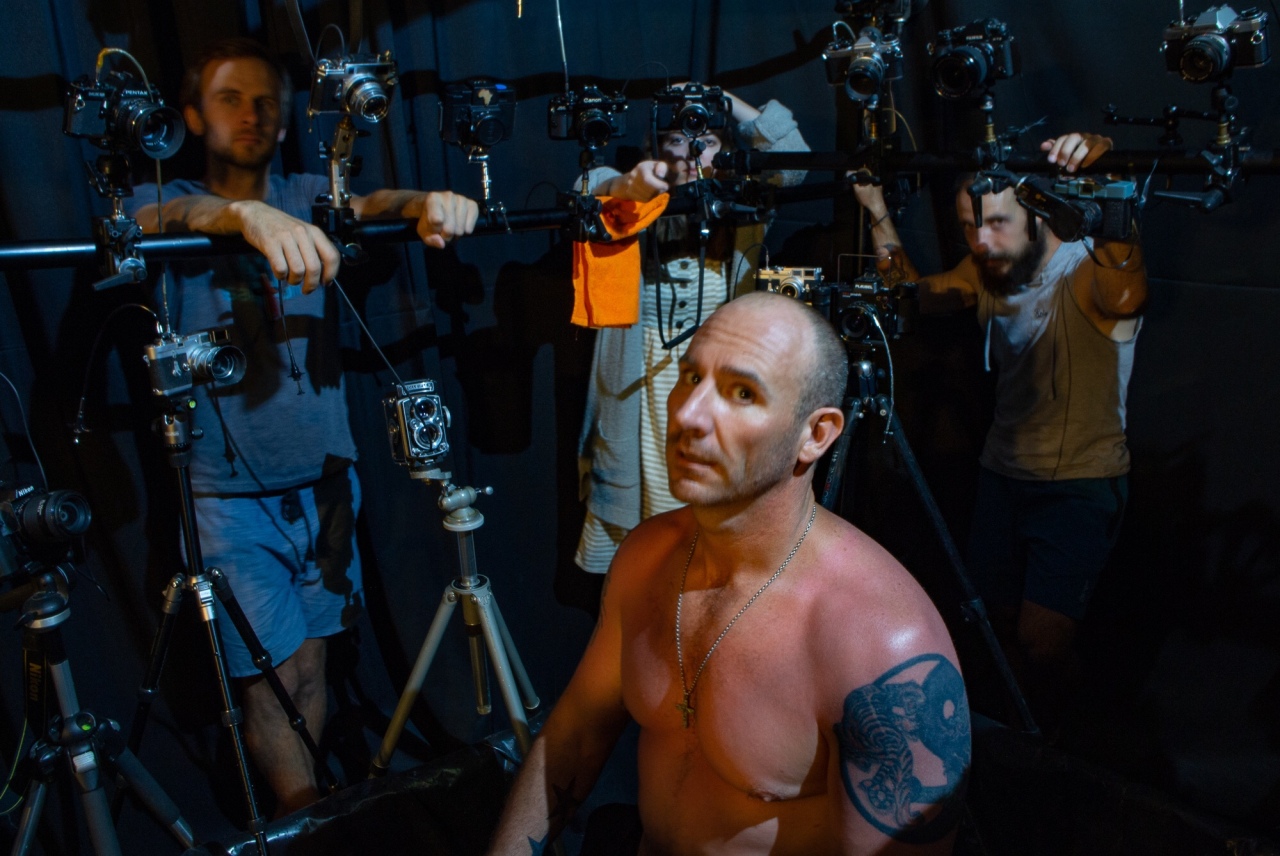 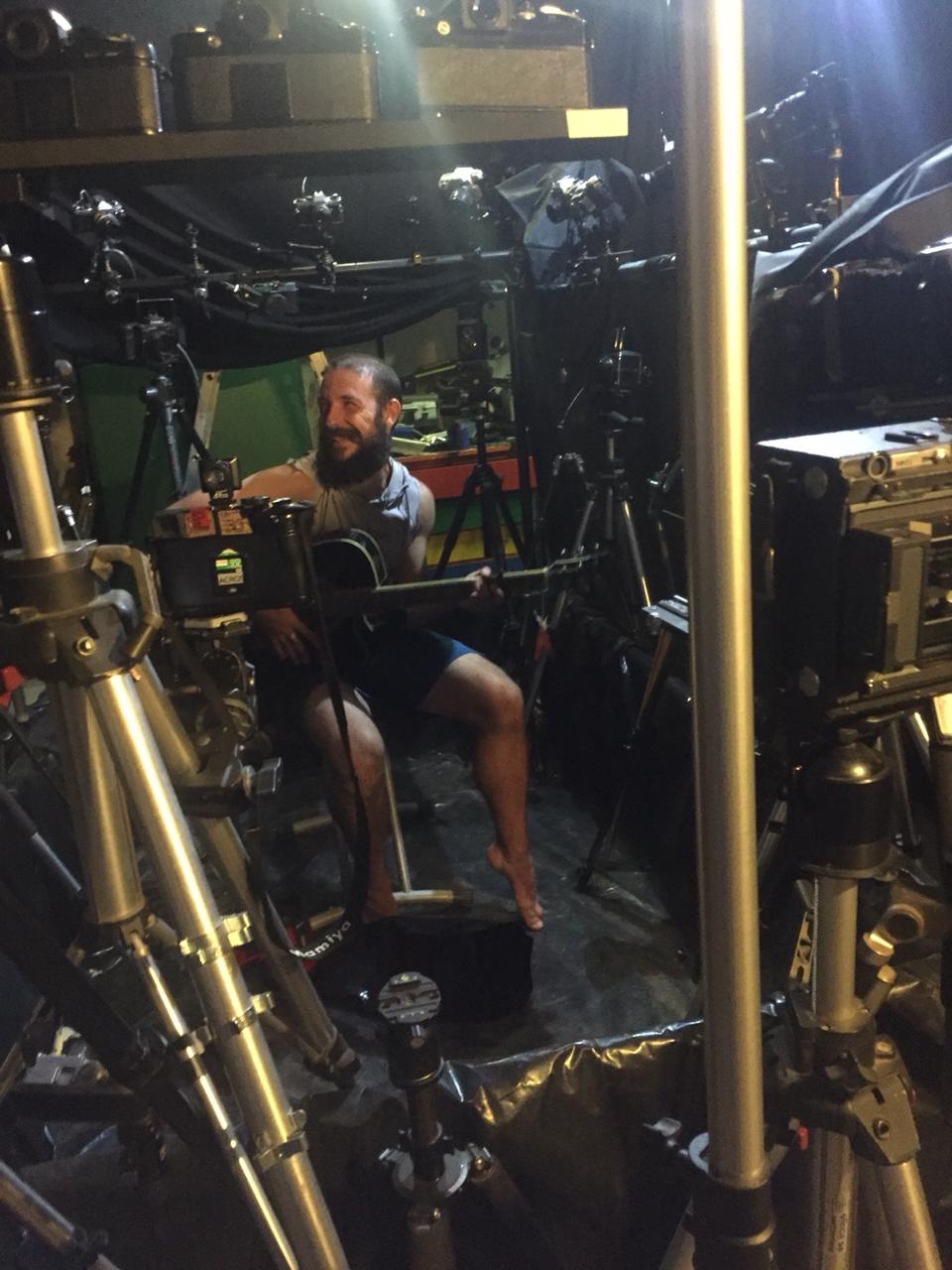 Jamming in the hot seat 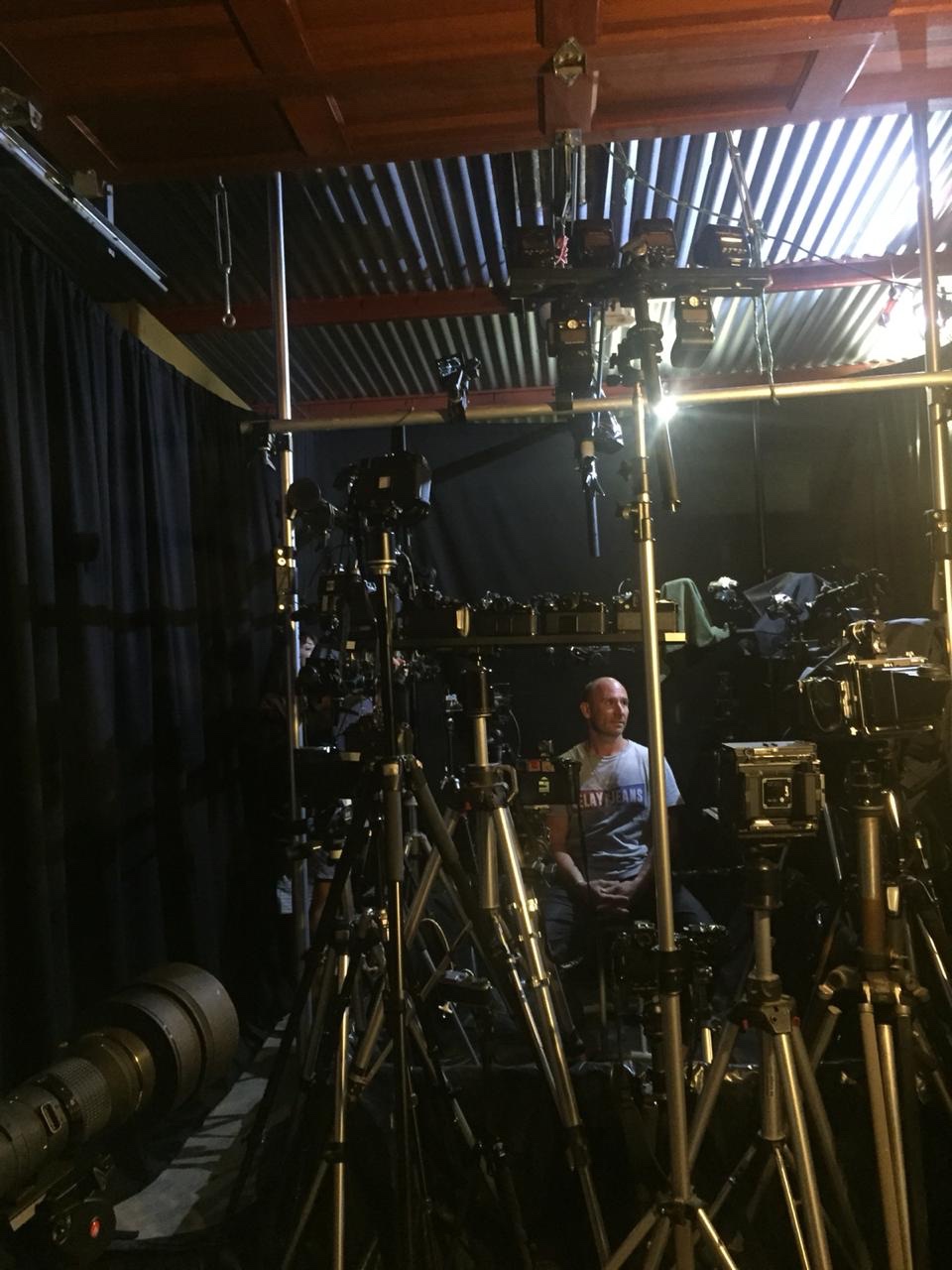